Bishop Peter Joseph Jugis is a native of Charlotte, N.C., and is the fourth Bishop of the Diocese of Charlotte. Bishop Jugis was educated in Catholic and public schools in his hometown of Charlotte, earning a degree in business administration from the University of North Carolina at Charlotte in 1979. After graduation he entered the seminary at the Pontifical North American College in Rome and studied at the Pontifical Gregorian University in Rome.  He was ordained to the priesthood on June 12, 1983, by Pope (now Saint) John Paul II in St. Peter’s Basilica in Rome.  Pope (now Saint) John Paul II named Father Jugis a bishop in August 2003, succeeding the Most Reverend William G. Curlin, who retired as the third Bishop of Charlotte in 2002. His episcopal ordination took place at St. Matthew Catholic Church in Charlotte on Oct. 24, 2003.
​
​His official title is The Most Reverend Peter J. Jugis, J.C.D., Bishop of Charlotte.  Bishop Jugis’ episcopal motto is “Caritas Christi Urget Nos” (The Love of Christ Impels Us) from 2 Corinthians 5: 14.  In addition to his sacramental and official duties as shepherd of the Diocese of Charlotte, Bishop Jugis established the Diocese of Charlotte Eucharistic Congress in 2005. This annual event draws more than 10,000 people to the see city of Charlotte in celebration of our faith in the Eucharist as the source and summit of Catholic life. 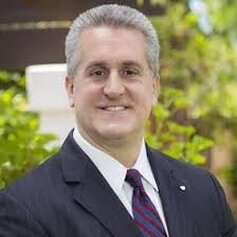 Tim Staples was a fallen-away Southern Baptist who as a teen came back to faith in Christ through the witness of televangelists. During his four-year tour with the U.S. Marine Corps, he became friends with a Marine well-versed in his Catholic Faith who challenged Tim to study Catholicism from Catholic and historical sources.
Tim Staples is Director of Apologetics and Evangelization here at Catholic Answers, but he was not always Catholic. Tim was raised a Southern Baptist. Although he fell away from the faith of his childhood, Tim came back to faith in Christ during his late teen years through the witness of Christian televangelists. Soon after, Tim joined the Marine Corps.

During his four-year tour, he became involved in ministry with various Assemblies of God communities. Immediately after his tour of duty, Tim enrolled in Jimmy Swaggart Bible College and became a youth minister in an Assembly of God community. During his final year in the Marines, however, Tim met a Marine who really knew his faith and challenged Tim to study Catholicism from Catholic and historical sources. That encounter sparked a two-year search for the truth. Tim was determined to prove Catholicism wrong, but he ended up studying his way to the last place he thought he would ever end up: the Catholic Church!
He converted to Catholicism in 1988 and spent the following six years in formation for the priesthood, earning a degree in philosophy from St. Charles Borromeo Seminary in Overbrook, Pennsylvania. He then studied theology on a graduate level at Mount St. Mary’s Seminary in Emmitsburg, Maryland, for two years. Realizing that his calling was not to the priesthood, Tim left the seminary in 1994 and has been working in Catholic apologetics and evangelization ever since.

Today Tim Staples has become a renowned Catholic evangelist having written many books on Catholicism and producing audio tapes to inspire the Faithful.  Tim is an extraordinary Catholic speaker and has passion for the Faith has positioned him as one of the more influential Catholic public figures in the united states.
Keith Nester 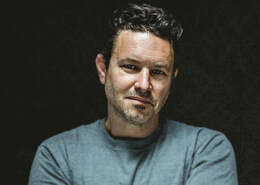 Keith Nester is a former pastor/youth pastor with more than 20 years in full-time ministry. Keith served in United Methodist, Assemblies of God, and Evangelical Free churches in various roles.In 2017, after a 20 year long discernment process, Keith resigned his full-time ministry position and joined the Catholic Church.
In October of 2018, Keith felt the call of God to write a book about what life is like for converts in their first year. The Convert’s Guide to Roman Catholicism: Your First Year in the Church is a down to earth, realistic look at the transitions, obstacles, joys and challenges converts face in their first year in the Church. Keith hopes this book will help people who are making the transition into the Church to not only survive but thrive in their new home.As the Executive Director of Down to Earth Ministries, Keith continues to use his preaching gifts to speak to audiences about faith, theology and his journey to Catholicism. Keith also creates content on YouTube and his Podcast “Catholic Feedback”. In his spare time, Keith loves to ride his Harley, spend time with his family and friends.Keith and his wife Estelle have 3 adult children and live in Cedar Rapids, Iowa.
John Acquaviva 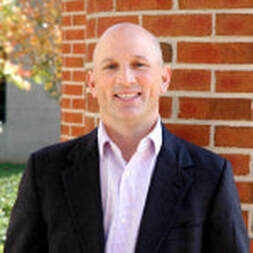 ​After earning a PhD in exercise physiology, John expanded his interests, and ultimately his speaking career, into the area of body image, faith and fitness, and sports and virtue.  While such topics have great value independently, a deeper meaning of them can be attained by associating each with God's intention for us.
John is known in his classes and speaking engagements for his enthusiastic (and sometimes humorous) presentations that relate the concepts discussed in the Cathechism, the Bible and JPII's Theology of the Body to a variety of topics in the world of sport, health, and fitness.
Radio and TV - Current host of Faith and Sport on Radio Maria, Mondays at 2pm EST. Current host of The Fitness Doctor television program on Time Warner Cable in Union County, NC. Former host of The Fitness Doctor program on ESPN radio (Charlote, 730AM). Appearances on radio shows hosted by Teresa Tomeo, Bear Woznick, and Jennifer Fulwiler
Books: "Improving Your Body Image Through Catholic Teaching" - #1 Bestseller on Amazon, April, 2014.  "Raising Kids with a Healthy Body Image: A Guide for Catholic Parents" 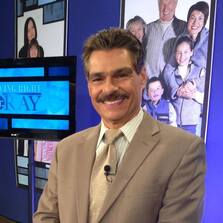 Radio Host: Dr. Ray’s radio show― “The Doctor Is In” ― can be heard weekdays on over 440 stations and Sirius XM satellite radio, channel 130. Please see our radio affiliate page for a complete listing of stations in your area. You can also listen live or on demand at www.AveMariaRadio.net.
Television Host: Dr. Ray’s national EWTN television series, “Living Right With Dr. Ray,” is in its 6th season. The world is in great need of the truth, and of authentic guidance in finding the answers to life’s daily family issues. Dr. Ray’s television program combines the wit, humor, and experience of its host with the timeless wisdom of the Catholic Church to provide these answers.  For seven years Living Right with Dr. Ray, has captivated TV viewers around the world through the dynamic format of a faithfully Catholic family psychologist, Dr. Ray Guarendi, interacting with a live audience and presenting a wide range of topics. Airing three times a week on EWTN, the Global Catholic Television Network, Dr. Ray dispenses practical advice along with a generous dose of laughter. Each show features a special in-studio guest, along with Dr. Ray’s spirited segments on parenting, relationships, aging and the challenges facing teens, young adults and families. To find out more, please see our complete broadcast schedule.
Clinical Psychologist: For over 40 years, Dr. Ray has a wide variety of experience working with parents, families, educators, substance abuse programs, in-patient psychiatric centers, juvenile courts, and private practice. He has witnessed the common time-tested factors that consistently contribute to success in marriages and families.
Author: Dr. Ray’s in-depth experience has led to his discovery that the so-called “experts” are undermining parental authority and preventing parents from following their God-given instincts to raise their kids for Heaven. This guiding principle led him to write his best-selling book, You’re A Better Parent Than You Think! By putting the power, knowledge and authority back in the hands of parents, Dr. Ray has helped thousands eliminate parenting frustrations by showing them proven parenting techniques that result in happy, well-adjusted children. Throughout his vocation and career, he has expanded on this theme to empower families to confidently take charge of the many challenges that arise with respect to marriages, families, raising teenagers and more. Other book titles of Dr. Ray’s include: Advice Worth Ignoring; Back to the Family; Discipline That Lasts a Lifetime; Good Discipline, Great Teens; Adoption: Choosing It, Living It, Loving It; Marriage: Small Steps, Big Rewards; Winning the Discipline Debates; Fighting Mad; and When Faith Causes Family Friction. His books on the Catholic faith include Why Be Catholic? and What Catholics Really Believe.
Speaker: Dr. Ray has given over 3,000 talks around the country on topics including smart parenting; happier marriages; successful families; and a variety of motivational themes, for both personal and professional application. He captivates audiences with his humor laced presentations filled with practical advice and proven techniques. Dr. Ray’s audiences include professional associations women’s & men’s groups, churches, industry conferences, public organizations; teachers, hospital personnel and more.
Site powered by 630 Marketing